The Bliss from Arizona, formed from the ashes of The Sect, a garage band with one single, around 1969. This new band made its appearance as a trio, with Martin (bass), Reed (guitar), Aldred (drums) and their sound much louder and harder than a  garage band. In terms of sound, they were closer to bands such as Blue Cheer, Jimi Hendrix, etc., adding of course plenty of blues touches, while also lacking some psychedelic elements. Fuzzy guitars, loud drums, lots of explosive moments and some covers of songs by Joe Tex, BB King etc. A heavy-psychedelic-blues album which had gone unnoticed until the mid-'00s. I think with this reissue it will get the right place in our vinyl library. Ride The Ship Of Fools (with psychedelic-guitar break) and Cry For Love are two amazing songs Great reissue!! 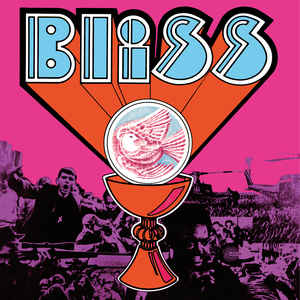