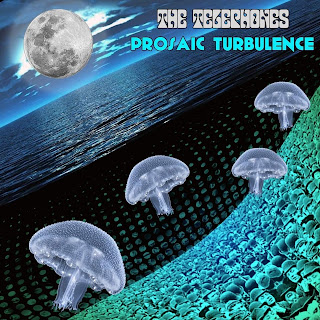 The English Telephones were formed in 2007 in Derby and after reorganizations have become a band of 5 people. On June 24th they will release their new album (fourth if I'm not mistaken) entitled Prosaic Turbulence! The Telephones mix and unfold in a very beautiful and successful way their influences which come from bands of the 60s such as The Byrds, Love, Pink Floyd, The Beatles, and The Doors etc. Of course they don’t just stand there but they also remember bands like the early Verve and Primal Scream and the Brian Jonestown Massacre. This mix of influences offers us some very nice psych/pop songs such as the Two Byrds, the extremely airy Orange Kind Of Green, the most hypnotic….. Hypnotized and the full of changes in the rhythm of Prosaic Turbulence, which closes the album. A remarkable album, which relies mainly on guitars, full of beautiful pop and pop/psych melodies plus great great vocals.

Astral Magic A Peak into the Future & Lords of Space 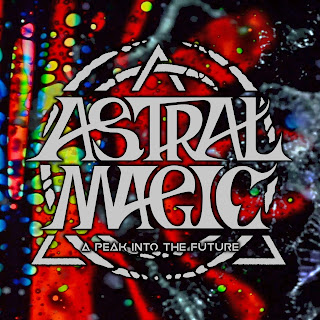 Finnish space rockers Astral Magic are here with two releases. An ep which contains 4 songs, from four future releases of the band, which is released in 40 (!!!) vinyl copies, so hurry up!! 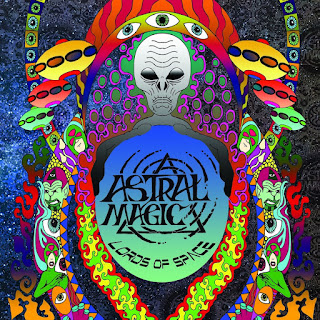 Lords Of Space, however, is a brand new album for Astral Magic, the personal band of Santtu Laakso (Dj Astro) who plays almost everything alone! Lords Of Space is a genuine space rock album based on the space sound of the 70s, but at the same time it is an album that brings out a brilliant freshness. Of course, the question is to have songs worthy of illuminating their (our) intergalactic journey in space. The Chakra Vimana for example is one such, a brilliant space rocket, without vocals and with full effect, the also instro The Fall of Atlantis, a piece that gives me the feeling that I am watching the sunrise of many suns together!! Set on Flames, Cosmic Games etc, are just the space stations that feel the movements of the black holes, the fantastic The Undead  is only in the cd (as well as another one)version and finally the song Lords of Space is another one space rock anthem by this band! An amazing space album, it captures in the best and most convincing way that Astral Magic is a great band and Santtu Laakso is one of the Lords of Space music of our times! 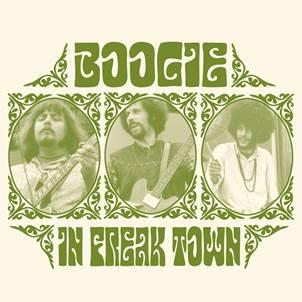 Fantastic trio, straight from San Fransisco, consisting of Barry "The Bee" Bastian (Canned Heat, Lee Michaels ...) on guitar/vocals; John Barrett (The Rhythm Dukes) on bass and Fuzzy John Oxendine (Roky Erickson & The Aliens, Jerry Miller Band ...) on drums. Having played gigs with bands such as Quicksilver, Flamin ’Groovies and Country Joe & The Fish, among others, they recorded a demo in 1968. However, their involvement with drugs didn't give them the joy of releasing something at the time. So, in 2022 this demo plus some live, are released for the first time on vinyl, giving us the opportunity to enjoy a band from California sounding like Blur Cheer, like Cream or like The Jimi Hendrix Experience. Rock 'n' roll sound, guitar, bass, drums, amazing cover of Wade In The Water, psychedelic/blues sound in the 13 minute Prelude To Boogie, an inconceivable track In Freak Town and generally a great album for those who collect such lost gems. 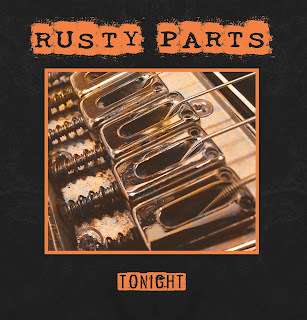 Rusty Parts is a new band from Ptolemaida/Greece consisting of four people, who gathered to play the music that expresses them. What is this music? Of course the 60s and 80s garage/psych/pop! They picked up their instruments, guitar, drums, bass and farfisa, put a lot of inspiration, a lot of love and recorded three amazing songs, which are released in 7-inch format (500 copies) under the huge wings of Lost In Tyme records. With a very good and solid play of drums and bass, the guitar and the farfisa weave beautiful melodies, either more garage as in Millie, or more moody as in the gorgeous Never Walk Away, and more psych as Tonight. What impressed me is the guitar solo, demonized for a few seconds towards the end of Millie, the most psychedelic and biggest solo (with wah wah?) in Tonight, the loving Never Walk Away and finally the very good voice of the singer!! The Rusty Parts sounds like Purple Overdose’s first album-Exit#4, but with more closer to garage sound!!!! Very cool ep!!