Get That Beat Records

( Οops!!!! Today I received the cd Extreme Guitar Conditions by The Aqua Barons  for review from the person who has taken over the distribution in Greece!! However, this  long delay is due to me and how I perceive time. Anyway.
However, I saw that this had been released in 2020 and the band had sent it to me for download and review, and of course I didn't remember that I had written about this release. So, simply what follows is what I wrote then.)

The surfers Aqua Barons from Lechaio, Corinthia return with their second album. The first was the Southeast Stompers in 2016, and the first release for the band was two songs for the compilation Searching For Atlantis in 2014. Ok, I guess that all we know that they are playing instro/surf, they have great guitar touches and their Influenced come mainly from the 60s (and back) bands. The atmosphere of the album is extremely relaxing with tunes such as jungle calling, unknown seas etc, and sufficiently more uplifting with tunes such as spy romance, galaxy cruise, gulag party etc. The songs that swirl my mind more than the rest is the crazy orbits, yes the one containing theremin (played by the legendary Englishman Simon Jones-Vibrasonic and The Space Agency) and which takes me like a ping pong ball to earth and space, and the grand finale, a very nice track with vibraphone for blow off our souls!!Yes, it’s winter here but with these releases the sun will be always bright!! 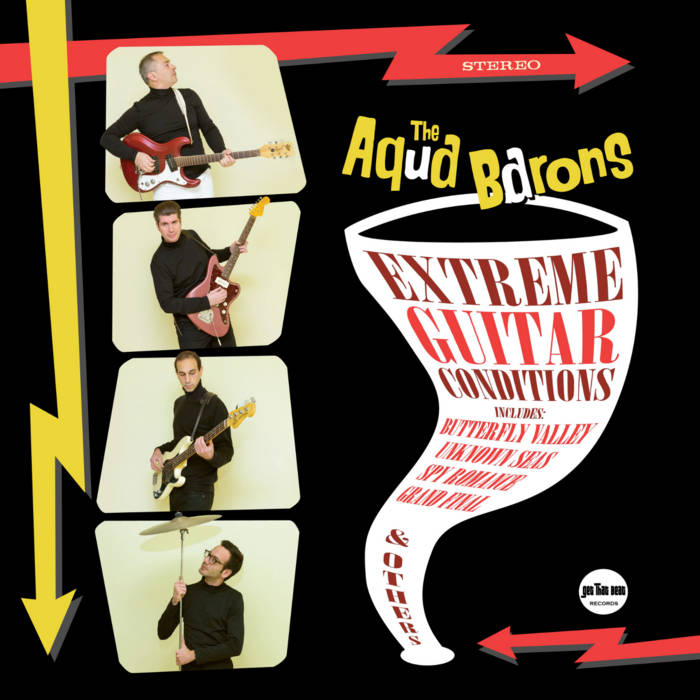