THE HONEY POT The Secret

The latest album of the English The Honey Pot finds our friends in more rock moods, without of course, move from their psychedelic (but wait!! i think they doesn't near anymore to psychedelic paths ) and progressive standards. 9 songs that acrobatic between Jacqueline's beautiful voice (Icarus contributes with his own as well) and Icarus Peel guitar visions. Their music it become more complex, more progressive/rock and it escaped the psychedelic pop glow of the first recordings. Their songs look like they have been carefully designed by the band members while the band tries to acrobatic on a water lily in the middle of a raging ocean. In the storm of these sounds, I think I need to sleep is like a peaceful and exquisitely given kaleidoscopic magic of our senses.  Django’s tune make my mind  blow  out very kindly. Listen this album and kept your opinion for yourself. 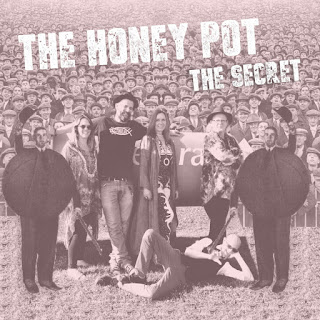