JASON CREST A Place In The Sun

Jason Crest (Terry Clarke, Terry Dobson, Derek Smallcombe, Ron Fowler, John Selley (after third single), Roger Siggery) were one of the most distinctive English bands of the 60s. They were formed in 1967 and disbanded at the end of 1969. During this time 5 singles were released, while in the following decades their songs adorned and still adorn in some of the most important collections for English psychedelic pop bands, and not only. This vinyl contains 4 of the 5 singles released in '68 -'69 as well as some of their other, unissued demo recordings/acetates. Their songs, full of excellent work on the organ, are one of the most characteristic examples of English psycho-pop. Turquoise Tandem Cycle, Teagarden Lane, The Collected Works of Justin Crest, A Place In The Sun, Charge of The Light Brigade, You Really Got A Hold On Me, of course their ultimate masterpiece, the legendary Black Mass, etc.

Yes, Jason Crest was an inspired band of the 60s, they had managed to build their own legend which remains unchanged no matter how many years pass! 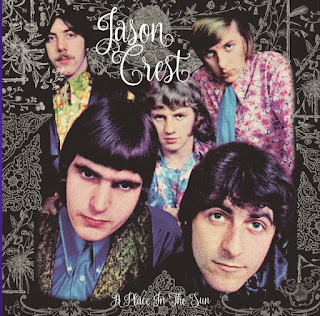